I have not consistently watched an evening news program in years. The bad news deeply affects me. Of course, the news is supposed to report bad news; I don’t think anyone would watch if it were all good news. We are not that kind of society. What’s my proof? The ever present reality show. Some reality shows perpetually promote the worst parts of people. I will admit that when the first Real World aired on MTV, I was glued. I found the series to be fascinating. We could actually watch a group of diverse people try to figure out themselves while living with other people from diverse backgrounds. The angst of being a 20 something while watching 20 somethings was confirmation of the confusion I felt and a glimpse of what was to come. Alas, all good things come to an end.

Soon, all sorts of reality shows entered with the same format and the same angst. Twenty years later, there is the same programming and add even more angst, drama, disrespect and over-the-top hostility. Instead of watching regular people sort out regular problems, we are voyeurs in the lives of people who, on purpose or by default, create messy lives. It’s all too painful to watch. “Love” shows that pit people to win the affections of others, shows highlighting man-sharing/ woman-sharing, more shows with people spitting in the face of others and even more shows with people turning over tables in high class restaurants and calling people nasty names to their face and behind their backs.

Reality TV took over and the sitcom, family and medical series or even a well-scripted cop show fell away. I turned to cable news networks and tried to become a lover of politics. In college, I took a political science class and got an A. Can’t remember the professor, but he was excellent. I fondly recall his teachings of Aristotle and Plato and convinced myself I had panache for politics. I’ve been watching C-Span for years now. No political panache for me; more like an itchy wool cap. Most of the political commentary I don’t get. Even with the common-folk style of Tim Russert (RIP), Soledad O’Brien, Tom Brokaw, David Gregory and Chuck Todd, I still only get 75% of it.

Sadly the 25% I do grasp is pretty bad. I get that politics, like everything else on TV, has become a reality show. People blurt out disdain for each other, elected officials are swearing at each other on national TV, make rude/ inappropriate comments, use others to prove a point and spend Hours, Days, Weeks and Months at pointing the finger. Issues that will help all of us in this society are typically riddled with the interests of politicians and not the interest of the people. What happens to a society when the highest offices in the country can’t get it together? What are we learning?

In my office I see people going through hurt, disappointment and rage in broken relationships at the workplace, at school and at home. People are offended how others are careless in their lives and some of the reactions to that carelessness have terrible consequences. People begin to feel neglected and forgotten and the pain turns inward and outward.

Let’s stop taking cues from on-purpose drama filled reality shows and should-know-better politicians and begin to treat others the way we would like to be treated. Try compassion, patience and actually try to limit gossiping. Even if you don’t receive kindness, do yourself a favor and give it. You may be surprised to find that what you feel in your life will be less chaotic.

Back to our regularly scheduled programming…

I've struggled for weeks trying to type the right message to post about... 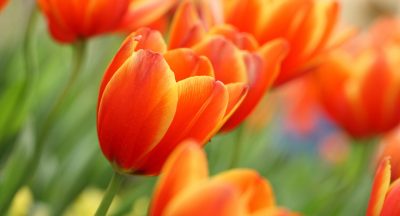 In a little under 9 hours from now, Spring is expected to arrive. The Farmer's...

Give it a Try

Pretend it’s the day after Labor Day, okay? The time of year that always excites...

Prince: My First Introduction to Social Consciousness, Part I

Summer reminds me of good music and as a delicious start of this week, his Royal...